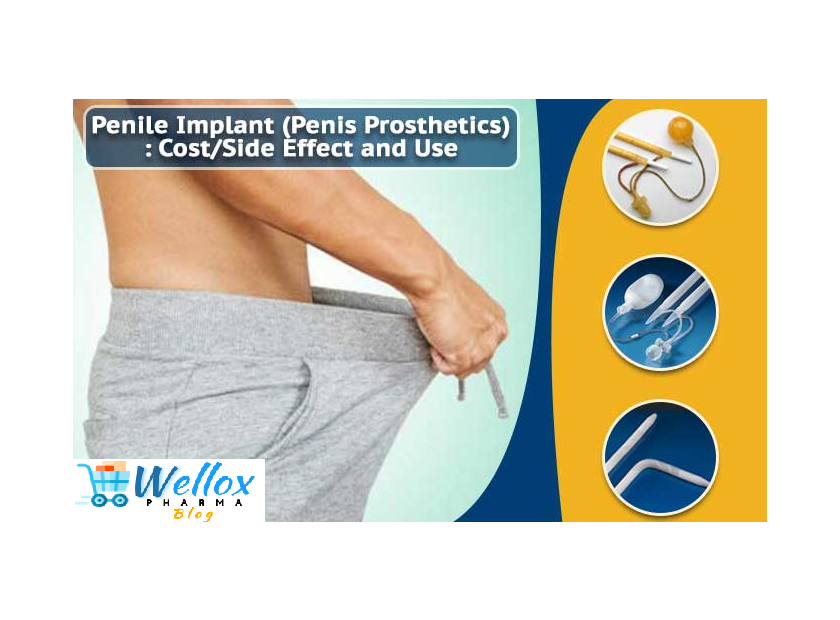 Erectile dysfunction has become one of the influential factors for deciding the fate of any relationship.

There was a time when a lot of women called off their relationships because their husbands couldn’t potentially satisfy them.

But with the accouchement of medicines, penile pumps, surgeries, and other corrective measures, the rate of infidelity and divorces might shrink.

The availability of several options does wonder for men— what might not work for someone may work for others.Same is the case with the penile implant.

Most of the men are advised to try non-surgical measures such as oral medication, vacuum pumps, or chemical-loaded injections.

For example, the men who already take nitric medicines for hypertension can’t take ED-drugs like Sildenafil or Tadalafil.

If the means of medication don’t work on them or medications are contraindicated, they shall resort to penile implant surgery.

What is a penile implant?

It’s a penile surgery which helps a man to get a persistent erection despite suffering from erectile dysfunction.

How does it work?

In the surgery, the prosthetic device— the synthetic device added in the body to replace or support a body part— is affixed with the penis and the scrotum.

The device supports and encourages the prolonged erection in men, i.e., it hands over the sexual function back to the ED-hit patient.

Who should go for penile treatment?

Anyone who’s suffering from erectile dysfunction is a perfect candidate for the penile implant; however, the doctors should always look for the non-surgical ways to treat it.

The types of penile implant

There is a myriad of implants available; however, it’s decided based on the patient’s preference like the size of the penis, the history of other operations and transplantations, whether the head is circumcised, etc.

All the three components are connected by the fourth component, i.e., the tube.

Action: When the scrotum s squeezed, the fluid stored in the container travels to the cylinders placed in the penis causing an artificial erection.

The erection looks and feels very natural, and it’s almost impossible to detect the surgery by a commoner.

The scrotum also has the release valve which on pressing sucks back the liquid from the penis and sends it back to the flaccid condition.

The working principle of the two-piece inflatable pump is very similar to the three-piece pump; however, it only has two components.

Again, these components get connected by the special tubing.

Action: Squeezing and releasing the pump in the scrotum push the fluid in the cylinder causing an erection.

Deflating is as simple as inflating of the penis.It’s just a one-touch process on release valve which pulls back the liquid from the penis.

It’s a type of implant which doesn’t change the state of the penis.In the given implant, the flexible rods get inserted in the penis which maintains the state throughout a lifetime.

The rods are big enough to maintain the semi-rigid state of the penis.The flexible rods can be used as per the need.

Action: Although the rods are placed in the downward direction, a person can point it upwards by merely holding the penis and applying upward pressure.

As the penis remains in the semi-rigid state, a lot of men might feel uncomfortable during regular activities.

Note: The penile surgery doesn’t affect the way you ejaculate or make orgasm. If you have sexual issues like premature or delayed ejaculation, you will continue to have them despite the implant.

So, what’s your preferred treatment? Let’s know how you deal with your ED.